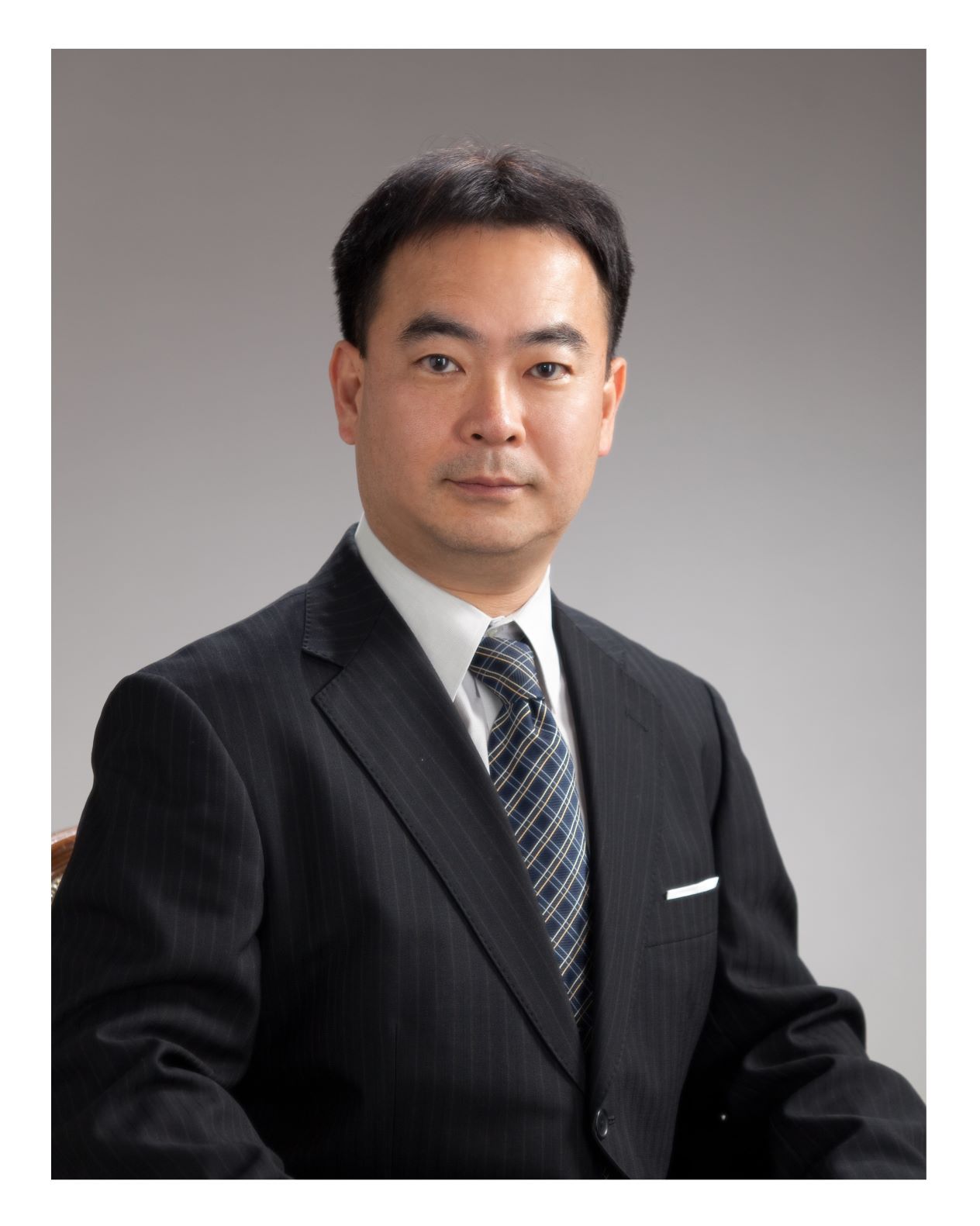 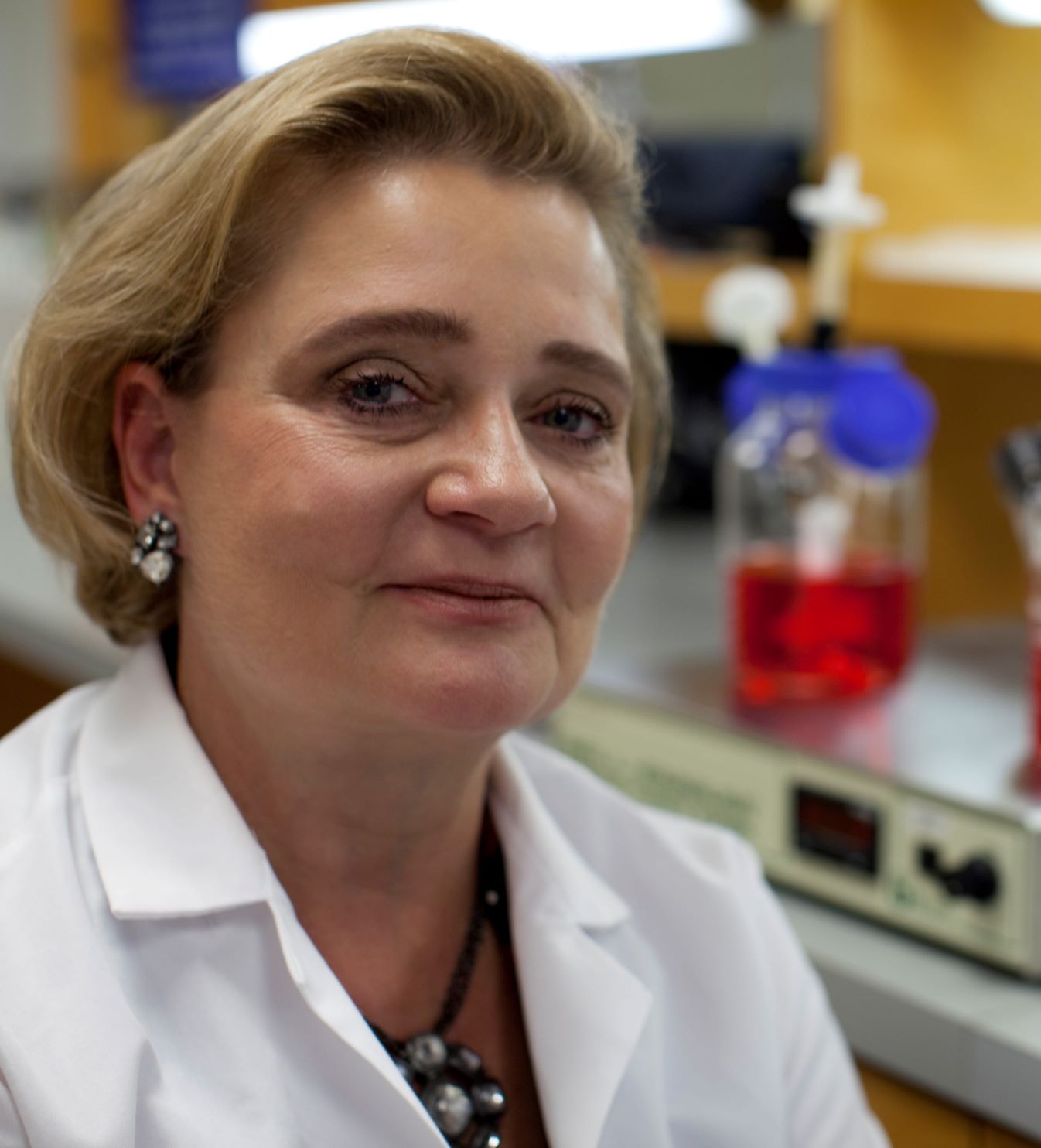 Biography: Gail K. Naughton, Ph.D., has spent nearly 30 years extensively researching the tissue engineering process, holds over 105 U.S. and foreign patents, and has founded two regenerative medicine companies. Her current venture, Histogen, is focused on the development of novel solutions based on the products of cells grown under simulated embryonic conditions. She currently serves as the Company’s CSO and CBDO, and is the inventor of its core technology. 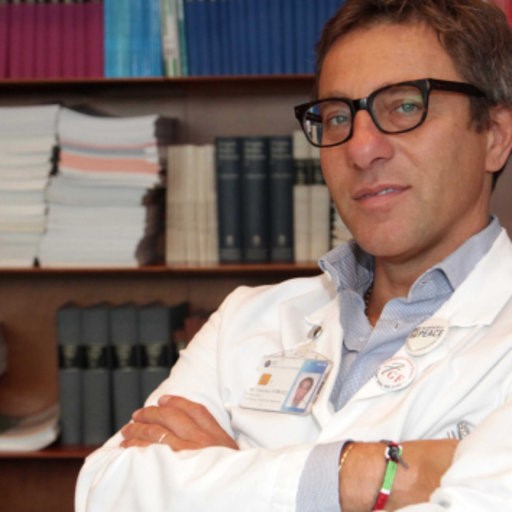 Biography: Pier Francesco Ferrucci is Director of the Tumor Biotherapy Unit, EIO, Milan, Italy. Dr. Ferrucci carries out clinical and translational research activity focused on melanoma and skin cancers, on Immunotherapy and Targeted therapy with the aim to personalize cures. He is the Founder and Scientific Director of the “Fondazione Grazia Focacci Onlus" for oncology research and support of patients and their families. He is the President Elect of the Italian Network for Bio-Immunotherapy of Tumors (NIBIT) and member of many other Research Groups, such as the Society for Immunotherapy of Cancer (SITC), the Italian Society of Medical Oncology (AIOM), the American Association for Cancer Research (AACR) and the European Society of Medical Oncology (ESMO). He can speak Italian and English. 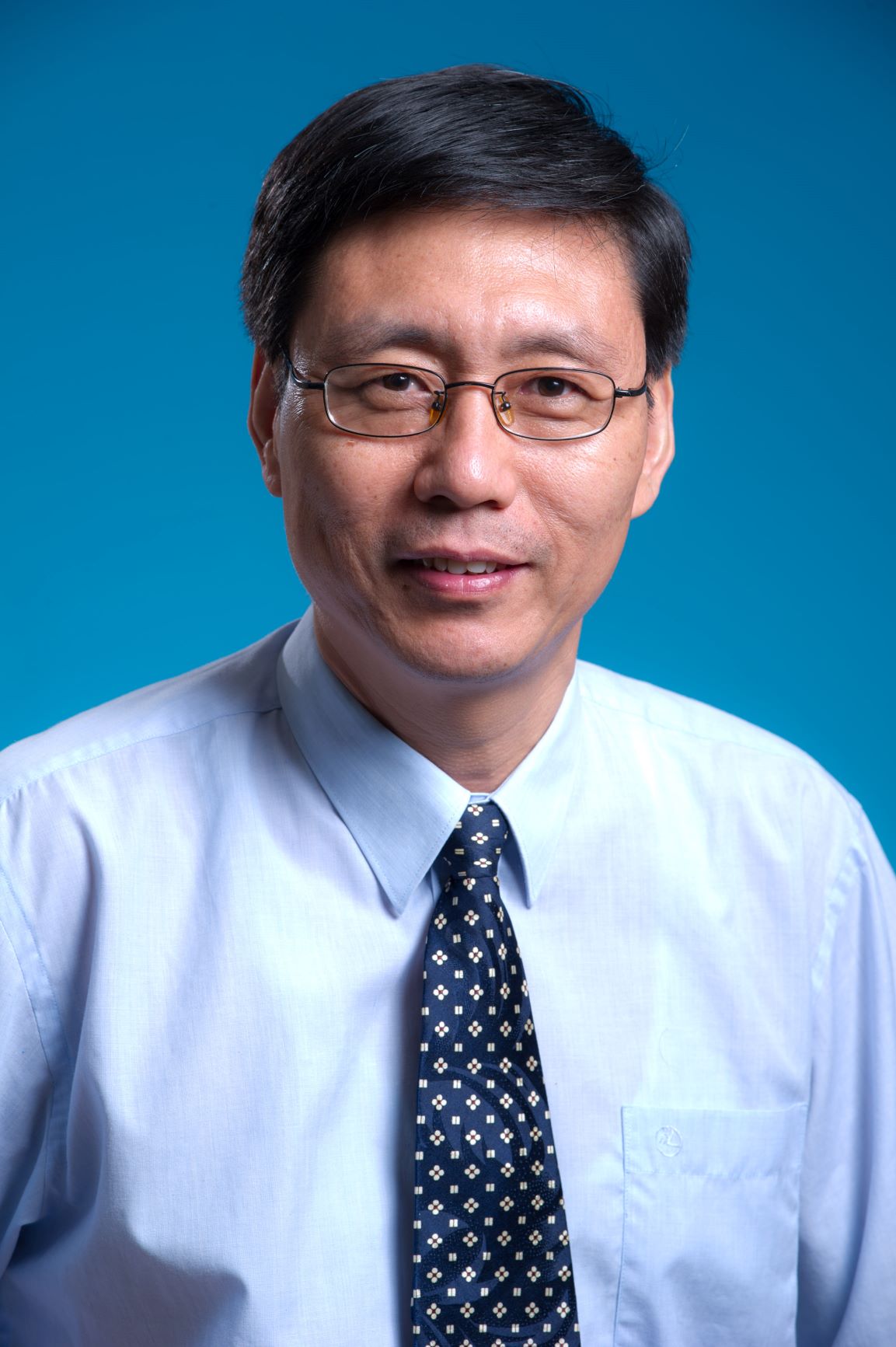 Biography: Dr. Zhiling Yu holds a BSc degree in Traditional Chinese Medicine and a PhD degree in Biochemistry. Dr. Yu is known for his research in herbal pharmacology, focusing on anticancer, anti-inflammation, hepatoprotective and melanogenesis modulating herbs. He is now a Professor at the School of Chinese Medicine, Hong Kong Baptist University. 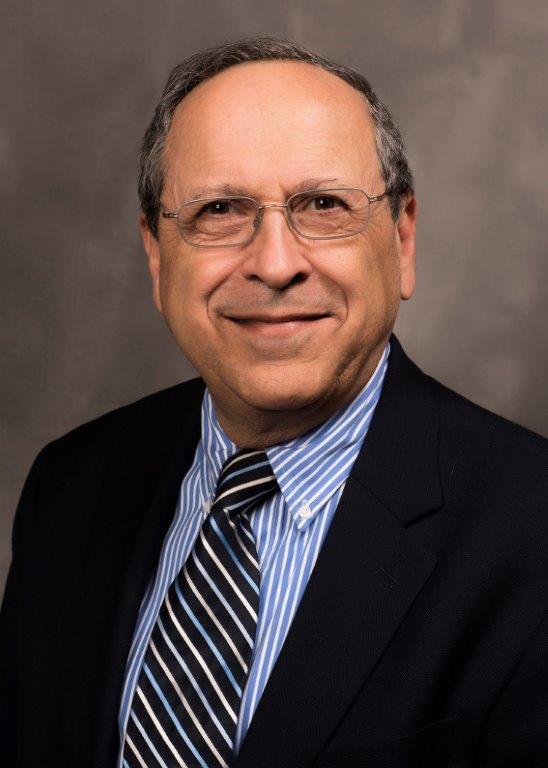 Dr. Cabbabe is an experienced surgeon with an astonishing track record of consistently excellent and natural enhancements. He continues to give back to the medical community by teaching residents, serving as an editor for major Plastic Surgery Journals and with over 20 publications and multiple speaking appearances.

Dr. Cabbabe believes that all patients should be treated with respect and dignity. His desire is to meet and exceed patient expectations consistently with natural, beautiful results. His skills have been recognized regionally as patients travel from all across Missouri to have consultations and proceed on to surgery.

Edmond B. Cabbabe has been presented with the St. Louis Metropolitan Medical Society’s highest award, the Robert E. Schlueter Leadership Award. Dr. Cabbabe is only the 20th recipient in the long history of the award which honors long-standing contributions to medicine in the areas of leadership, scientific orientation, advocacy and community service. 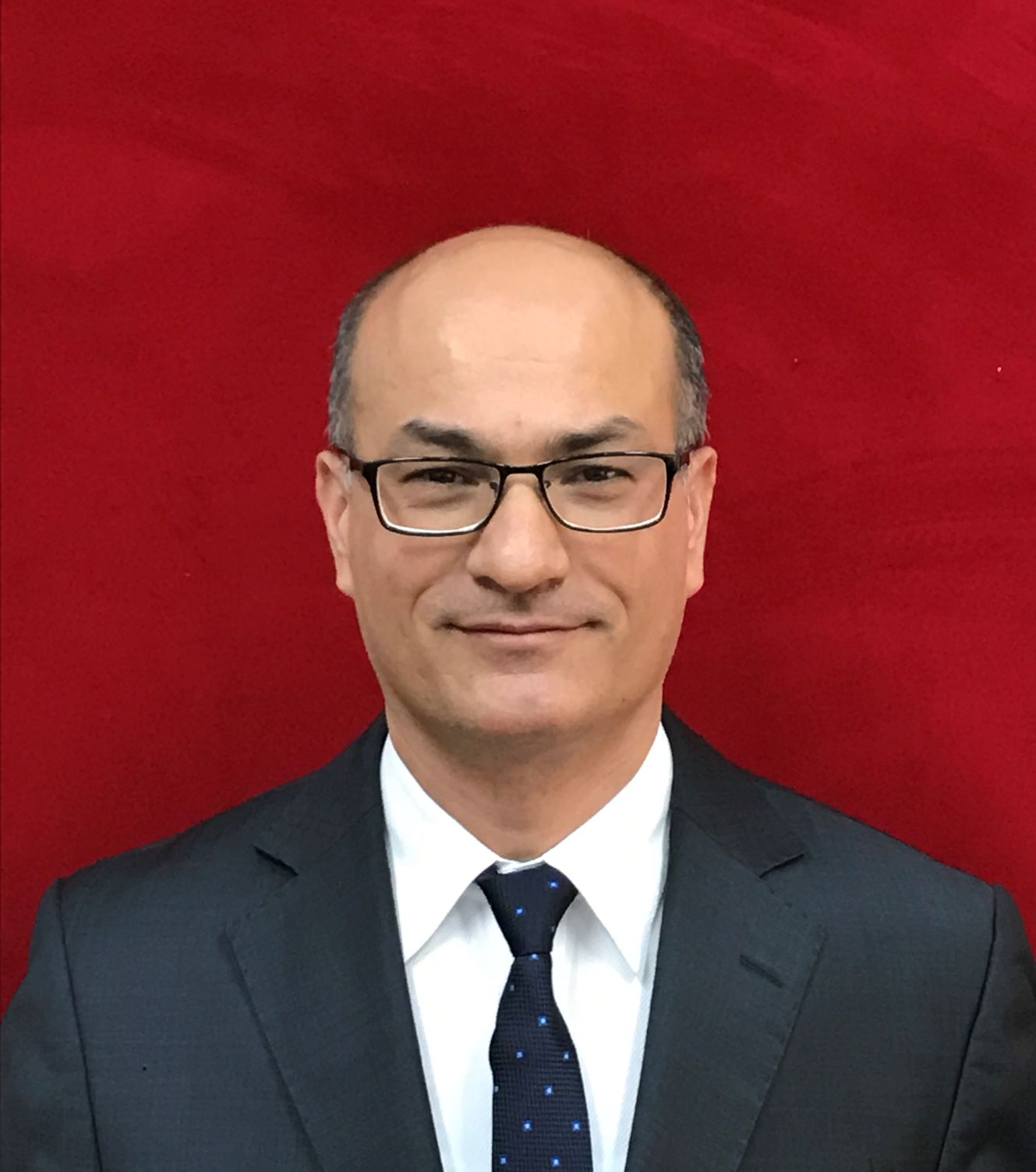 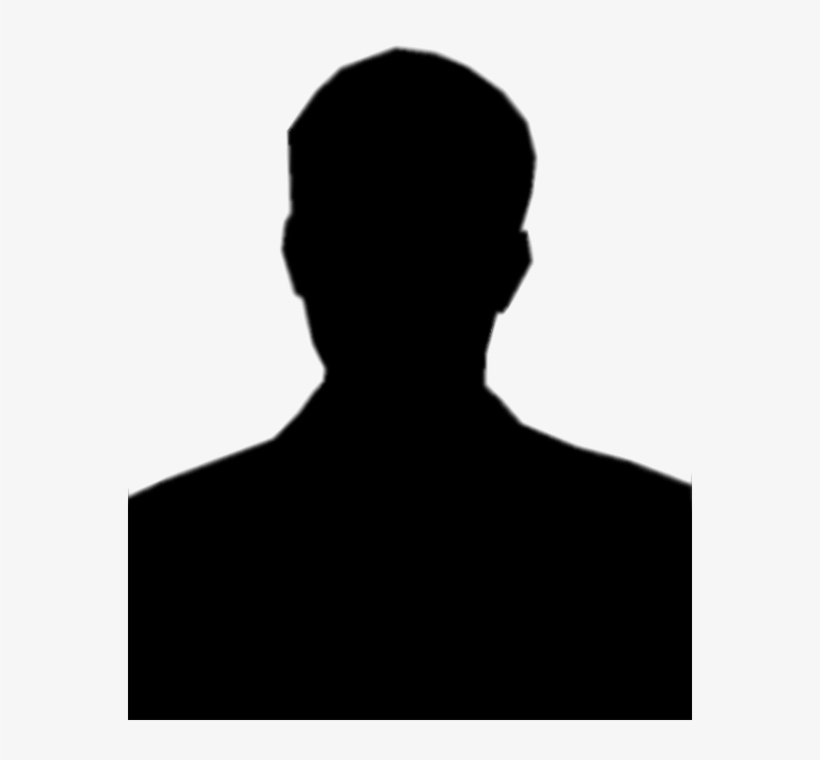 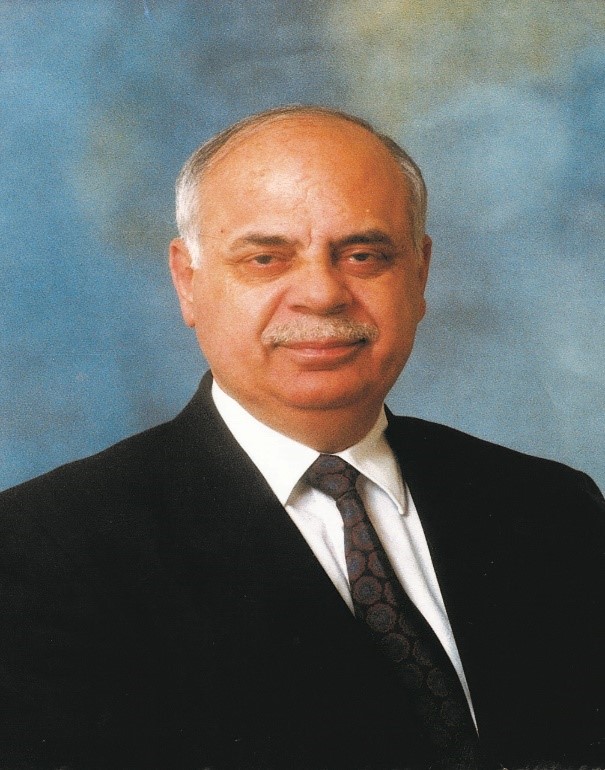 Senator – The Senate House, The Jordanian Parliament, The Hashemite Kingdom of Jordan

Biography: Doctor Oumeish Youssef Oumeish was born in Salt City – Jordan and attended high school in Amman, Jordan. He took his medical education at the Alexandria – University – Medical School (Egypt), following which he joined the Royal Medical Services – Jordan Armed Forces, where he did training in medicine and dermatology for 6 years. Subsequently, he earned the Diploma in Dermatology from London University and the Diploma in Sexually Transmitted Diseases from Liverpool University. Doctor Oumeish also served a fellowship at the Massachusetts General Hospital – Harvard Medical School in Boston.

During his medical career, Dr. Oumeish has been Administrative – Director for King Hussein Medical Center and Chief of both the Department of Medicine and the Department of Dermatology. He completed his army career as a major general and has practiced in the private sector in Amman as Director of the Jordan Laser Center and the Amman Clinic. Additional accolades include being Visiting Professor of Dermatology at Tulane University School of Medicine in New Orleans and President of the Jordan Private Medical Association. 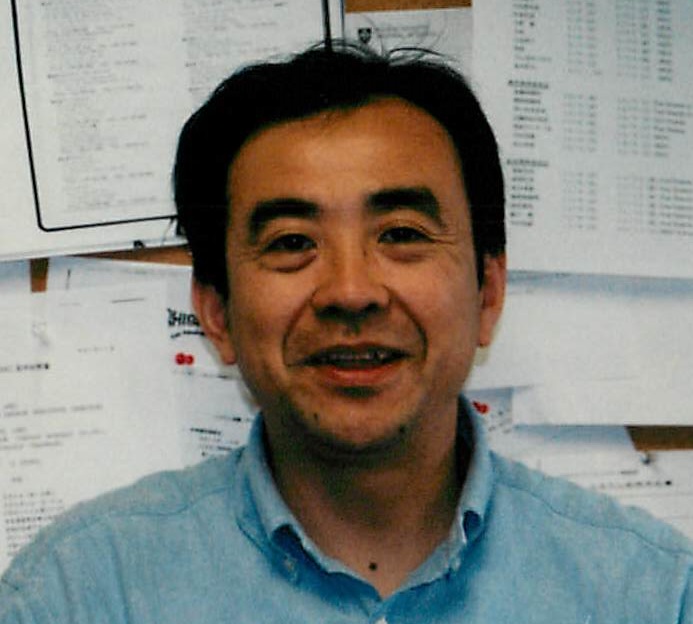 Biography: Dr. Jiro Kishimoto graduated from Kyoto University and obtained his PhD in 1994. After joining Shiseido in 1984 as a researcher, he was trained his academic career in University of Cambridge and MRC in U.K. and as a Research fellow in MGH/Harvard Cutaneous Biology Research Center (CBRC) during 1996-1999. After his appointment as a head of Hair Research Lab. and Skin Biology Research Lab. at Shiseido Research Center, he is currently section director of Regenerative Medicine Research & Business Development Section since 2015. He is a member of HRS, JSID, JSRM. 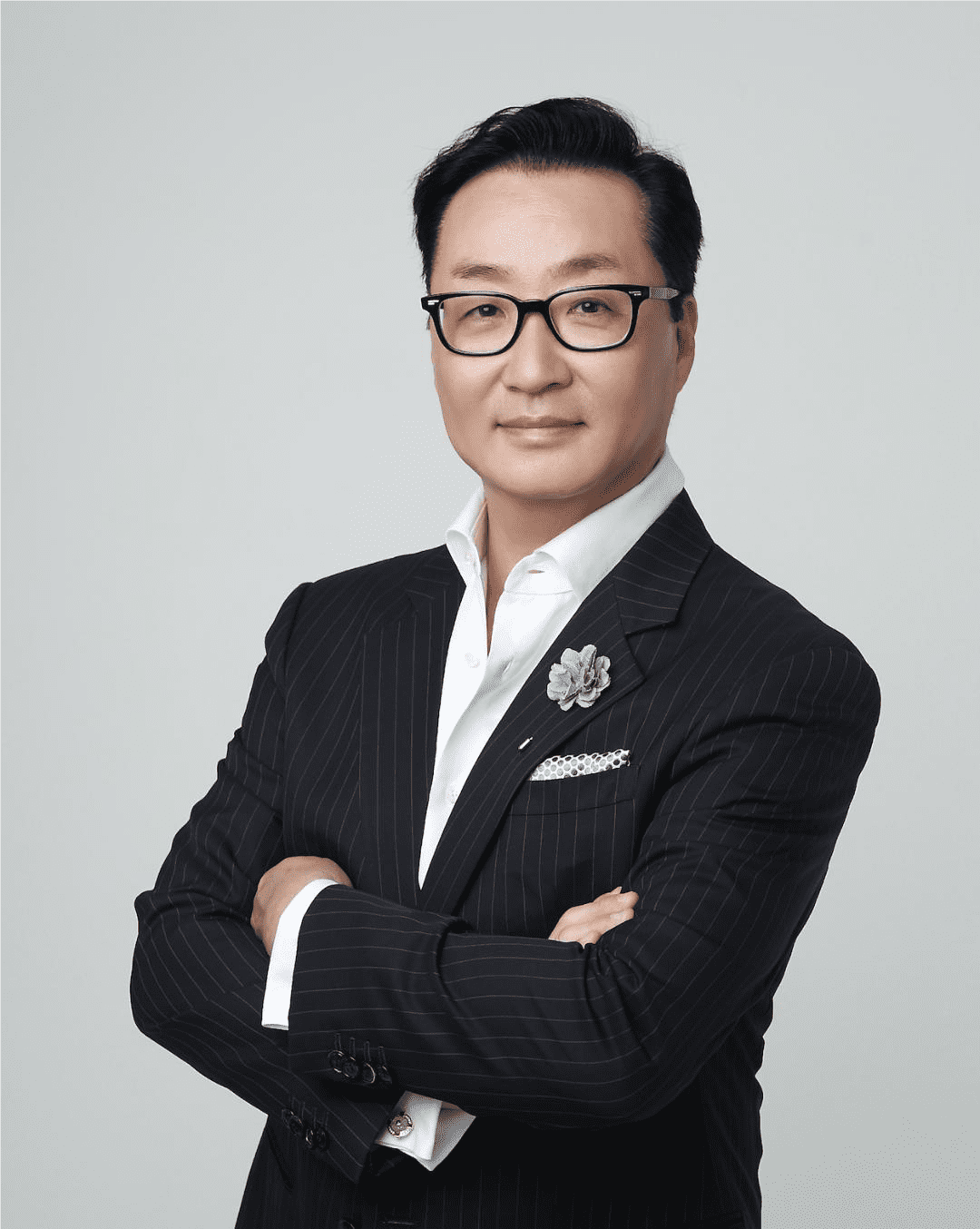 Biography: Harrison H. Lee was born in 1958 in Seoul, Korea. He is currently living in USA and currently an Associate Adjunct Surgeon in New York Eye and Ear Infirmary of Mount Sinai, USA and also a Private Practitioner of Facial Plastic and Reconstructive surgery, Cosmetic surgery and Maxillofacial Surgery. He is a Diplomate of the American Board of Facial Plastic and Reconstructive Surgery, American Board of Otolaryngology-Head and Neck Surgery and American Board of Oral and Maxillofacial Surgery. He has been awarded with 10 Best Plastic Surgeons - Patient Satisfaction Award in 2019, 2018, 2017, 2016, 2015 from American Institute of Plastic Surgeons and also Talk of the Town California Plastic Surgeons 2019 (Ninth consecutive year). 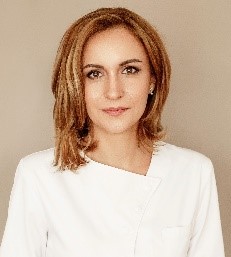 Biography: Dr. Mara Mihai started her carrier in the research field in 2012, during her PhD studies degree, when she also worked as a University Assistant in the Microbiology Department, at the `Carol Davila` University of Medicine and Pharmacy, Bucharest, Romania. Dr. Mara Mihai performed the first phenotypic and genotypic characterization of bacterial strains isolated from chronic wounds in Romania and established interesting correlations between the bacterial virulence and resistance profiles and patients` healing outcomes. She made significant contributions to the complex field of inter-reign communication between the human host and bacterial pathogens during infection, which is a poorly investigated area in Romania and Eastern Europe.

After her PhD studies, Dr. Mara Mihai started to work as a University Assistant in the Oncologic Dermatology Department, `Elias` Emergency University Hospital, `Carol Davila` University of Medicine and Pharmacy, Bucharest, Romania and continued the research of host-microbiome interactions, especially in the context of chronic skin infections. She expanded her research interests on the study of novel materials with biomedical applications (Eg. with targeted antimicrobial or antineoplastic action). She published articles in high impact journals and book chapters on the mentioned subjects, as well as an international book on bacterial biofilms in chronic venous ulcers.

Dr. Mara Mihai actively attended numerous national and international scientific events and, as a scientific recognition of the quality of the research, she received multiple International Scholarships and Travel Grants. 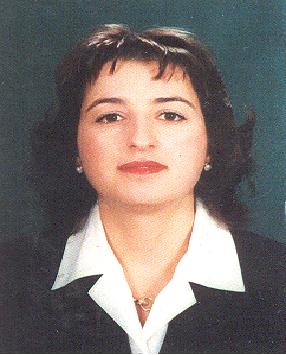 Biography: Handan Kiymet Kelekci was born in April 1970 in Turkey. She is currently working as Associate Professor in İzmir Katip Çelebi University, School of Medicine and has published more than 50 articles. She has grants for more than 2 special projects about Dermatology. She is interested in Dermatopathology, Acne and Women’s dermatology. She has occupied in postgraduation education of İzmir Katip Çelebi University University, School of Medicine. 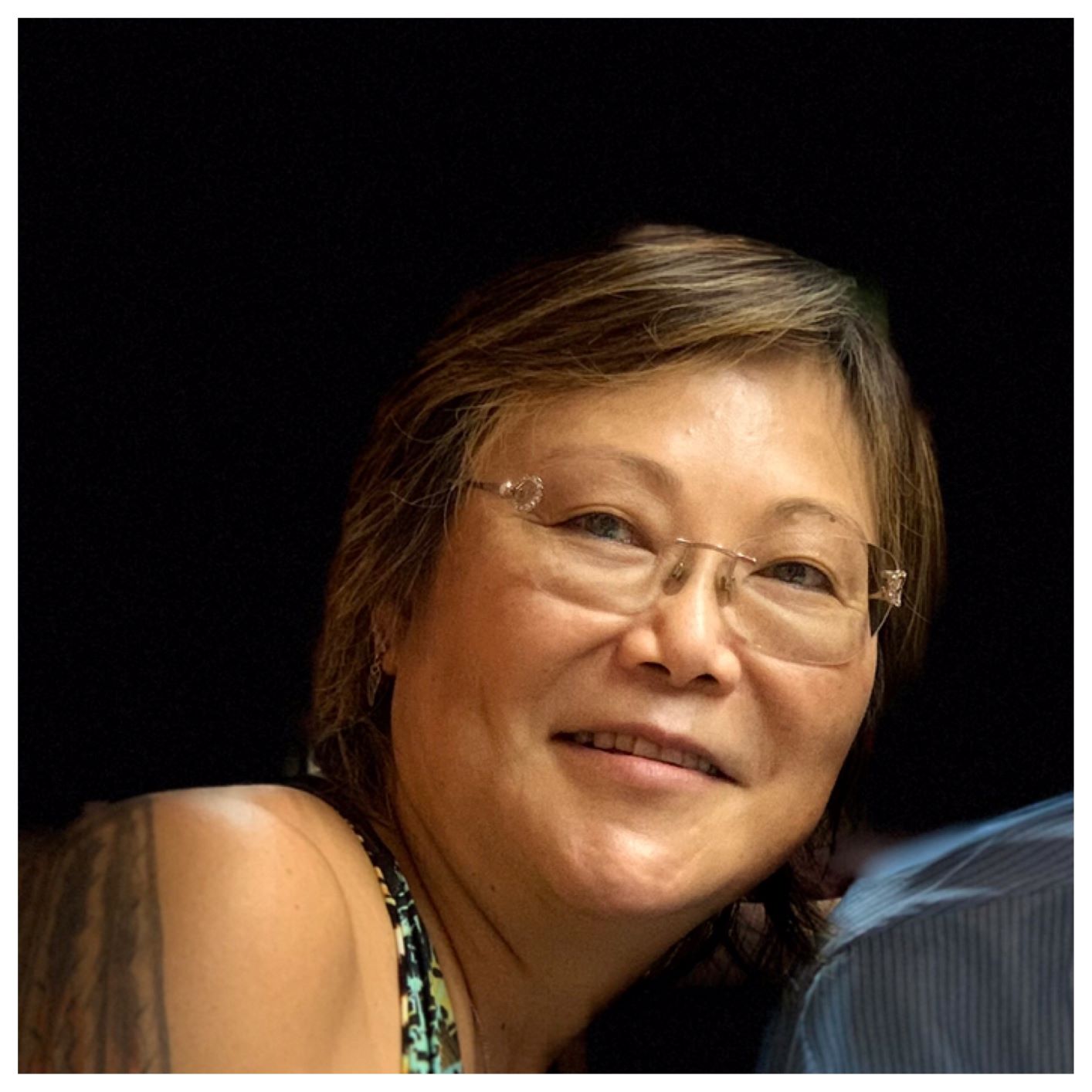 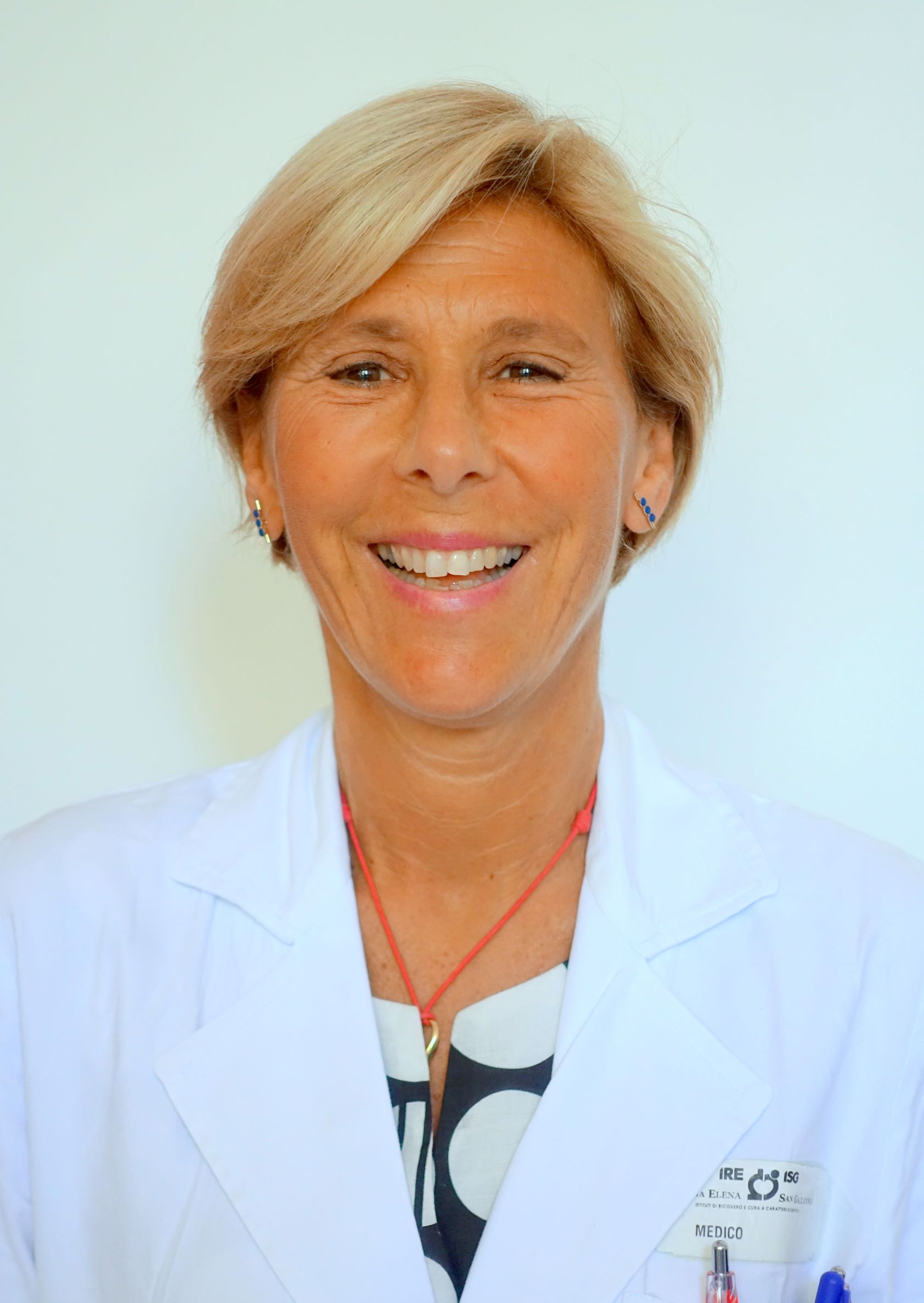 Biography: Dr. Laura Eibenschutz is currently working as Head of Precancerous Lesions and Non-Melanoma Skin Cancer Unit, San Gallicano Dermatological Institute, Italy. She focus on use of Non Surgical therapy in treating Non-Melanoma Skin Cancers as Actinic keratoses and Cutaneous carcinoma, in particular with Photodynamic therapy. She follow up more than 3000 patients with Carcinoma and Precancerous Lesions treated with Photodynamic therapy or with Non-Surgical therapy and follow up of more than 2000 patients with Melanoma. She is author and co-author of various publications in high indexed scientific journals and Invited speaker at National and International Congresses.

She is also the advisor for the Multidisciplinary Italian Group of Melanoma (GIpMe) for the preparation and the conduction of multicenter studies concerning new diagnostic techniques and new therapeutic protocols.

She can speak Italian, English and German.

Biography: Meliha Merve Hiz was born in 1985 in Turkey. She is currently working as Associate Professor of Medical Biology in Canakkale Onsekiz Mart University, School of Medicine, Dept of Medical Biology, Çanakkale, Turkey. She is a member of European Society for Investigative Dermatology. She has received many awards including Best Poster Presentation Award in National Congress of Nanotechnology Nanokon 2015, Yıldız Technical University, Istanbul, in 2015, Oral Presentation Award in 4th Dermatoimmunology Autumn Association of Tumor Necrosis factor-alpha G308A ve G238A gene polymorphisms with susceptibility to hypertension among patient with psoriasis in 2012. 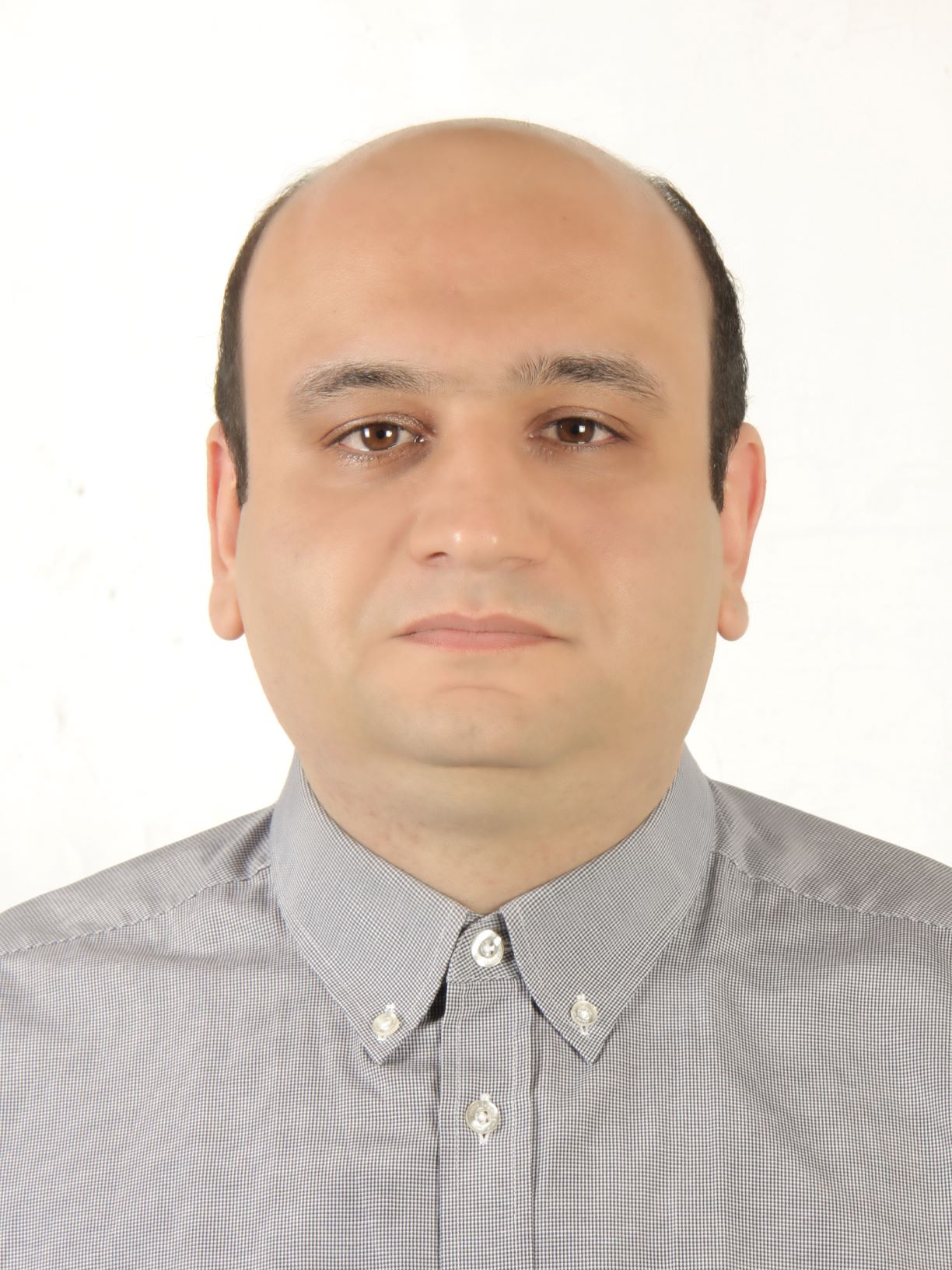 Biography: Saman Ahmad Nasrollahi was born in Tehran (1982). He got his Pharm.D from Tabriz University of Medical Sciences (2006) and Ph.D. of pharmaceutics from Tehran University of Medical Sciences (2011). His research interests are Transdermal Drug Delivery Systems (TDDS), Formulation of Cosmetic and Hygienic products, Safety and Efficacy Evaluation of Cosmetic and Hygienic products and Design of Novel Transdermal Drug Delivery Systems such as Cell Penetrating Peptides (CPPs), Nanoemulsions, Solid Lipid Nanoparticles (SLNs) and Nano Lipid Carriers (NLCs).  He has published research papers and abstracts on mentioned topics. He is currently associate professor of Center for Research & Training in Skin Diseases & Leprosy and also manager of Pharmaceutical, Cosmeceutical, & Hygienic Products Clinical Evaluation Lab (DermaLab). 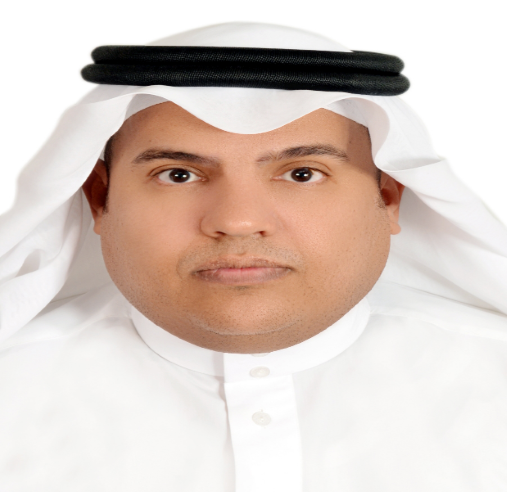